What a day it is today... For most men between the ages of 23 - 29, this is a huge day and will make you want to get on Amazon and find an old copy of one of the greatest video games in the history of the world. That's right. The original Backyard Baseball was released 22 years ago today. A game that we spent countless hours playing. A game that kept us in front of an old dell computer monitor for WAY too much time. A game that kept us from going outside to practice the actual game of baseball and become a better athlete. Alright, maybe that was just me.

Backyard baseball has always and will always hold a special place in my nerdy heart, because it was the first video game I ever truly loved. I mean, think about the time that you'd take to actually lookup statistics of your team and get super passionate about a bunch of fictional animated baseball players... "Dude, Pablo is hitting .748 for me with 10 homers and 36 RBIs"... "If Pete Wheeler isn't on your team, you're a freaking idiot"... "Mikey Thomas is an absolute liability on the base paths. Dude can get thrown out from left field basically every time he steps up to the plate."

Good times man. Can't say enough about how much fun I had playing the original game and the 2001 version (the absolute best). So, in honor of it being the 22nd anniversary of Backyard Baseball, I figured I'd put out the lineups that you absolutely should've been trotting out there every game for both the original and the 2001 version. If you wanted a chance to beat the Humongous Melonheads, these are the lineups you should've gone with... 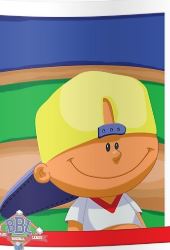 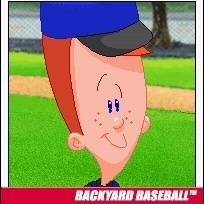 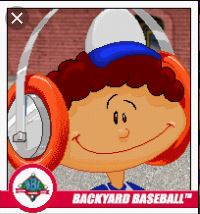 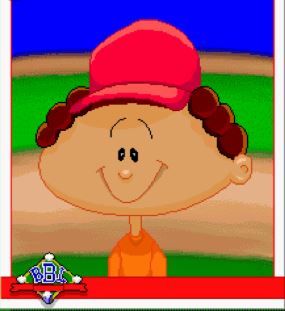 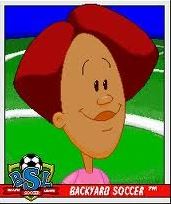 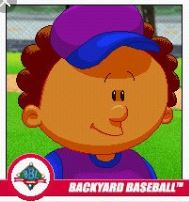 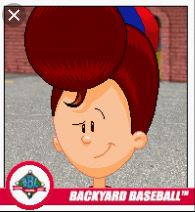 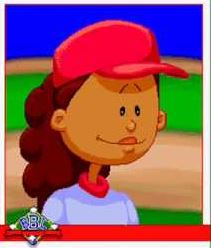 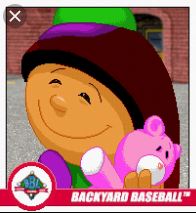 - Alright, you might be saying, "T.J., how in the hell do you bat Pablo lead off?! Guy is almost an automatic home run every time he steps up to the plate! I mean, he's called "The Secret Weapon" for crying out loud!" I get it, but for me I want that lead off home run to start things off. You've gotta get to the pitcher early. Lower their confidence. A Pablo Sanchez yack bomb in the bottom of the first is exactly what you need.

- Pete has to be second. Nothing like getting the next man on base after the GOAT cranks a solo shot to Mikey Thomas' house. Pete will then steal second and third and you're at least going to score him with a sac fly. Early 2-0 lead in the first.

- In the original game, Achmed is the second best power hitter (you know who is first). He's gotta be in the #3 hole. Easy RBI chance with Pete on the base paths.

- Amir Khan gets a bad rep by some experts. The dude can hit. Not only that, but with the combination of some sneaky speed and also trying to get out of his brother's shadow, he's a dangerous weapon in your lineup.

- Sally Dobbs. The pull hitter of all pull hitters. She literally leans back on every swing. A strikeout waiting to happen with anything on the outside corner. BUT... if the pitcher is weak on juice and misses inside, Sally is going YaYa over the left center field fence. DANGEROUS in the 5 spot.

- Mikey Thomas has the power to be a 3-4-5 hitter, but his laziness and lack of athleticism puts him at the #6 spot in the lineup. The guy can't run worth a shit. It better be a home run ball off of his bat or it will absolutely be a single. Even if its a shot in the gap. Single. Every. F***ing. Time.

- I have no idea what it is about the Delvecchios, but they are LIGHTS OUT on the mound. Tony is a little bit better at hitting than Angela and trust me that's the ONLY reason he's on this roster.

- Stephanie Morgan is the try hard of the group. She's really the only one fully dressed in a full baseball uniform. Like alright we get it, you like sports. Cool. She's not the best hitter or best athlete, but makes minimal errors in the field. Gotta have one try hard on the team.

- Finally, we have Luann Lui. Not much to say about Luann except she is lightning on the base paths. I would love to see a 40-yard dash race between her and Pete Wheeler (Wow. I'm actually imagining a race between two fictional characters from a f***ing video game. Jesus what is wrong with me). She can't hit worth a shit, but if she gets on base, just another RBI opportunity for the GOAT. 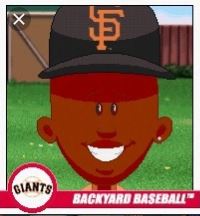 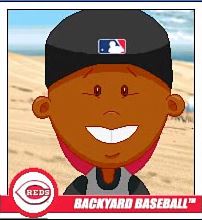 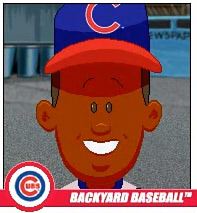 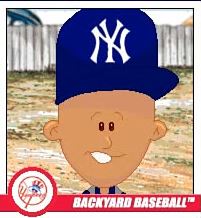 - WAY more talent in the 2001 version than the original after adding in MLB All-Stars. So in '01, you're putting Pete at the lead off spot. Four years older, but still runs like The Flash.

- Bonds is second. The guy is quick as shit and hits a line drive on literally every at bat. Exactly what you want in a #2 hitter.

- The GOAT is back... this time you're batting him at 3. I don't know how it's even possible, but I think Pablo is even better in '01 than he is in the original. It's like when a top draft pick tears it up in the minors, while also continuing to develop. That's Pablo. An absolute beast and five tool star. He's gotta be at #3.

- Griffey Jr. is a cocky little shit in this game, but he's good. He has a strange upward swing (like he had in real life) that is tough to land on the ball, but when he gets a hold of one, it's going yard.

- Nomar is honestly one of the biggest hidden gems in this game. He can hit liners, is a great fielder, and has decent speed, BUT also is a great pitcher. A GREAT pitcher. Don't know why the developers threw that in, but it allows you to draft a player that is great on the mound and at the plate. That way you don't have to pick absolute embarrassments like Curt Schilling or Randy Johnson who couldn't hit a beach ball. It's like having a DH without the DH.

- Sammy Sosa is what you'd expect. Power hitter. Okay speed. Great fielder. Not much else to say. It's Sammy Sosa. He's going to be good.

- Jeter is an absolute stud. Never makes an error on a ground ball and has a cannon for an arm at SS. Good hitter to have at the bottom of your lineup to get a late spark.

- Achmed Khan is the third original backyard player to crack the lineup. He still has big time power and is this far down in the lineup because he's just overshadowed by the Pro Players in the game. Still could be a big asset.

- Kenny Lofton is another huge find in this game. Like Nomar, a lights out hurler and he also has Pete Wheeler speed. I mean what a combo. You bat him ninth, you have a second lead off guy in certain innings. Can you imagine? Due up: Kenny, Pete, Bonds, and Pablo to clean up? Damn. Good luck stopping that shit.

So there you have it. My top Backyard Baseball lineups of all time. Thank you to Humongous Entertainment for making these amazing games back in the day. Now let me go find a way to download them and play them on a Macbook Pro.